The Politics of Mourning

What was lost when state socialism collapsed? It wasn't simply what socialist states did manage to provide. The most devastating loss is, paradoxically, the most intangible: the loss of what we never had. Only by mourning that loss can we mourn the loss of socialism properly, or so says Volker Braun in his poem "Das Eigentum [Property]":

I'm still here, though my country's gone West.
PEACE TO THE PALACES AND DEVIL TAKE THE REST.
I gave it the elbow and heave-ho once myself.
Now it's giving away its negligible charms itself.
Winter is followed by a summer of guzzling.
But I remain, worrying at the root of all evil.
And my poem becomes increasingly puzzling,
To wit: what I never had is being filched.
I shall always mourn what never happened to me in person.
Hope lay across the path like a trap.
And that's my junk you've got your paws on.
Will it ever again be given me
To say mine and thereby mean the collective me.

The sense of loss expressed by Braun is not his alone -- it is a "mass perception" that has elicited "a memory crisis" because state socialism was never given a proper burial:

"What I never had, is being torn away from me. What I did not live, I will miss forever." With these line from his drama Property (Das Eigentum, 1990), playwright Volker Braun renders his melancholic reaction to the disintegration of the German Democratic Republic. The GDR once prided itself as the tenth strongest world economy, but following the postcommunist turn, or Wende, most of its industries have been brought to a halt, and hundreds of thousands have found themselves jobless. The euphoria at the opening of the Berlin Wall dimmed within a few months, and a pall seemed to set in over the two Germanys, one which prompted many to reconsider the disintegration of state socialism. Whereas most Germans considered the communist project a failure, many others proceeded to mourn its passing, nonetheless. Paradoxically, what Braun's protagonist lost with the collapse of communism was the possible past he never really had.

The mass perception of loss has elicited a memory crisis in contemporary culture. While retrospective literary texts and artworks proliferate, museum exhibitions salvage and curate the wreckage of the GDR as if there were literally no tomorrow. A new German word has surfaced to describe this trend: Ostalgie, derived from Nostalgie, or nostalgia. The first syllable drops the letter n to become ost, the word for east. What remains signifies something like nostalgia for the "eastern times" of state socialism. Yet the nostalgic longing for some home that, perhaps, never really existed distinguishes itself from two other modes of memory that charge postcommunist culture: mourning and melancholia. . . . (Charity Scribner, "Left Melancholy," Loss: The Politics of Mourning, University of California Press, 2003, p. 300)

Is it any wonder that, in 2003, Wolfgang Becker's film Goodbye, Lenin! became one of the highest grossing German films in history? 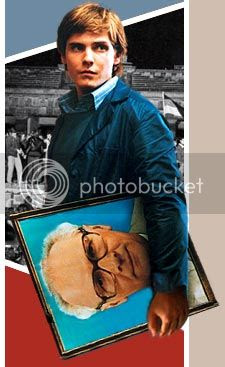 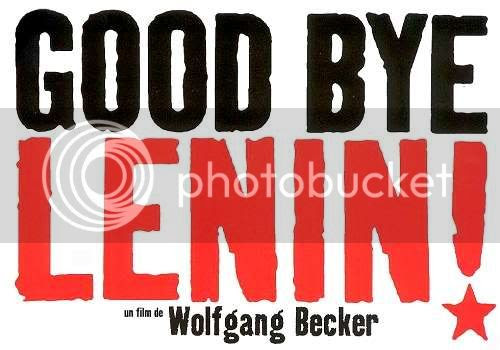 Goodbye, Lenin! became an international hit as well. The act of mourning socialism perhaps "harbors a latent utopian desire, a refusal to accept the fait accompli of late capitalism as the only imaginable frame of our world" (Scribner, p. 316) -- the desire that is utopian, not because it has no place in the world, but because it knows no geographic border or generational boundary.
Posted by Yoshie at 1:53 PM

Too bad the translation captures the poem so poorly. Since it seems that Braun has stated succinctly the objections expressed in the first comment. But of course goes much deeper dialectically be tying the only too obvious flaws of really-existing-socialism to the contradiction of the revolution in values in accomplished and the hope it generated nonetheless. "Everything I have written becomes incomprehensible." Everything! Protests against the system. The yearning for liberation. Those losses are what Braun laments.